What is Thai Food? 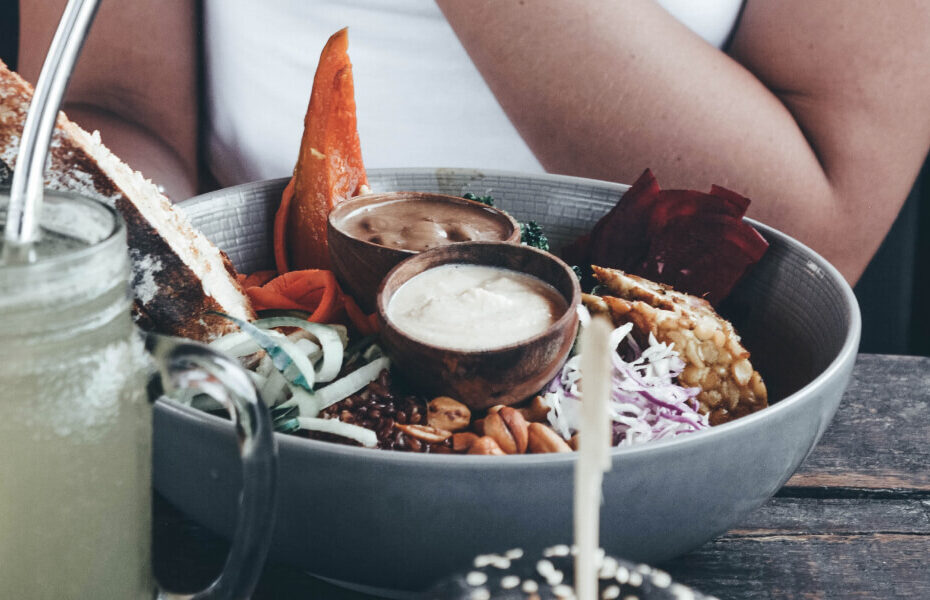 Thai dishes are famous worldwide, but you may be unsure where to start if you’ve never tried this type of food. Many unique ingredients and flavor combinations make Thai food special, so we’ve put together a guide for beginners to help you get started. Whether you are in Thailand on vacation, planning to go to a Thai restaurant, or thinking of taking up Thai cooking, our guide on Thai food for beginners will help you get started.

An Overview of Thai Cuisine

The cuisine of Thai people is characterized by the use of sticky rice, fish sauce, coconut milk, fried rice, and green curry paste. These ingredients are found in many famous Thai dishes. Sticky rice is often used for making desserts or served with grilled meats; fish sauce gives food a salty flavor and can be used as an alternative to soy sauce; coconut milk adds sweetness to any dish.

Pailin Chongchitnant shares in her article “Rice – More than a side dish” a list of “dishes that aren’t meant to be served with rice but instead use rice as the star.” This should give you an idea of how important rice is for Asian cuisine in general.

Thai foods will delight you with a mix of tastes, from salty, sweet, and sour to spicy. Traditional Thai food is mainly cooked by steaming and stir-frying. Eating Thai food is a one-of-a-kind experience. If you plan on going to Thai restaurants, noodle soup or a stir-fried dish and a green mango salad will be enough. Make sure you save space for dessert. If you are not a fan of spicy foods, ask the waiter for a recommendation to avoid getting a spicy salad by accident.

Thai-style cooking has been influenced by its neighbors. You will find that the food cooked by Thai people resembles the dishes you may taste in India, Cambodia, Indonesia, and Malaysia. Indian cuisine had a significant influence, especially on the use of herbs. Western influences, more specifically Portuguese, Greek, Spanish, and American, diversified the use of ingredients.

The Thai dishes you will find internationally differ from those you can taste in Thailand. Moreover, different areas in Thailand will vary in cooking methods, and the ingredients used and thus have specialties unique for each region. Naturally, the variations are partly due to the influences from neighboring states.

In the country’s northern side, glutinous rice, not jasmine rice, is the preferred choice. The most prevalent ingredient used in Northern Thai food is Nam Prik, a chili paste that can be served with almost anything, from rice to vegetables and meat. A signature dish in Northern Thailand is Khao Soi, which is a coconut-based soup with noodles.

The central part of Thailand has vast rice-growing plains, making Thai fried rice one of the main dishes. Also, coconut milk is one of the main ingredients used in the area. Well-known dishes in the area include Pad Thai, Khao Moo Grob (pork leg), and Khao Niao Mamuang (mango sticky rice).

Cooking-wise, the southern area can be characterized by the use of curries, chilies, and spices, more than in the other regions. Southern Thai cuisine is most known for being sweet and spicy at the same time.

Although it is not linked to regional differences, Thai royal cuisine is unique in many ways, from their cooking methods to their use of specific, often rare ingredients and spices. Historically, it dates back to the times of the Ayutthaya kingdom and developed at the royal palace. Their cooking involves a more sophisticated and diverse range of spices than other cuisines in Thailand. The proportions of spices used in a meal depending on the type of food, the seasons, and the weather. The spiciness is balanced with the use of coconut milk and an abundance of fresh herbs.

Another essential feature is the use of seafood, especially shrimp, in Royal Thai cuisine. All dishes are served at the same time for those eating family-style. The tradition is believed to have originated when Thai royalty dined alone in their private chambers. In such a setting, all the food was served at once because there was no need for multiple courses or food to be kept warm.

One of the things you’ll notice about Thai cuisine is its variety. Dozens of ingredients go into making a single dish, and there are hundreds of dishes to choose from. See below a list of the most famous dishes in Thai culture. A spicy dipping sauce is typical in a Thai table setting.

Steamed rice can be served as a standalone dish or main course, with minced pork or raw vegetables. As one of the classic Thai dishes, steamed rice is often used to bring down the spiciness of green curry.

If you are not a fan of spicy soups, Tom kha gai is the right choice for you. It has a rich sweet taste due to the coconut milk, and it can be served as a starter or main dish.

Thai-style fried noodles are made from a simple batter of eggs and flour and then fried in a pan until they are golden brown and crispy. Fish sauce, chili pepper, palm sugar, peanuts, and lime juice are all used for Pad Thai. Dried shrimp can be used to give the dish a unique flavor. Both rice and egg noodles can be stir-fried.

Deep-fried fish is typically served with sweet chili sauce or with tamarind sauce, with a side of steamed rice.

This salad consists of shredded green papaya mixed with lime juice, fish sauce, and chili pepper flakes, which gives it its spiciness. Green papaya salads have been eaten since ancient times as they were considered good for digestion because they are high in fiber.

This soup is made with coconut milk and has a spicy broth. It’s cooked by blending red chilies and garlic, adding other ingredients like fish sauce, lime juice, stalks of lemongrass, and kaffir lime leaves. The broth is then strained, and the coconut milk is added. This dish is served hot.

This dish mixes fresh green chilies with fish sauce, sugar, coconut milk, and chicken broth to create a creamy base that isn’t too spicy but still packs a punch of flavor. It’s topped with chicken, bamboo shoots or eggplant, and Thai basil leaves. It is usually served over rice noodles.

The cook sautes it in oil with garlic pepper, soy sauce, and sugar until the chicken is cooked through to stir fry the chicken. Cashew nuts can also be added to the mix so that all the ingredients coat the chicken. It is best served with steamed rice or sticky rice.

By the way, if you want to taste all these dishes, you can get them at Hanuman Thai Cafe. It is a restaurant of Thai food in Kirkland, WA. The Hanuman Thai restaurant serves a variety of options, including soups, salads, curries, and more. On top of that, it’s one of the few places in the area with a full bar so that you can enjoy your meal with a drink or two.

Hanuman Restaurant, one of the best Thai restaurants in Kirkland,  has been around since 2013 and has won several awards, including “Best Thai Food” by King 5 News and “Best Asian Cuisine” by Seattle Magazine. The owners also opened up another location in Renton in 2016, just as famous as their Kirkland location!

The Hanuman Thai cuisine includes everything from curries to noodles to fried rice dishes and more! All of their meals are made fresh daily using only high-quality ingredients sourced locally whenever possible. They also have great happy hour specials every day from 3 PM – 6 PM, where you can get $1 off beers (draft), $2 off wine, and $5 off cocktails!

Thai food is known for being fresh, flavorful, and spicy. And if you’re going to eat Thai food, it’s a great idea to know what some of the most common ingredients are.

As you may already know, rice is a staple ingredient in Thai food, and you will find it in many forms – as noodles or as plain white or brown rice. Also, rice flour is widely used for main dishes and desserts alike. Wide rice noodles are famous worldwide. White rice is cheaper than Jasmine rice, for instance, and more popular.

Some of the most common sauces used in Thai food include fish sauce and oyster sauce. The first is fermented fish, similar to soy sauce or tamari.

Fresh green chilies, red curry, Thai curry, and pickled mustard greens are only some of the spices used in Thai soups and side dishes or sauces. Curry dishes, noodle soups, and steamed dishes are on the Thai food list in any Thai restaurant.

These are both made by pressing fresh coconuts and collecting the liquid that comes out. Coconut milk is thicker than coconut cream, though they are sometimes used interchangeably in recipes.

Another typical ingredient gives a dish a caramel-like sweetness. It is widely used in desserts and fried meat, and ginger tea.

What is Thai food known for?

Depending on what dish you choose to eat, Thai dishes may taste sweet, sour, spicy, salty, or slightly bitter. Is Thai food spicy? Yes, Thai food can be spicy. However, there are dishes cooked with coconut milk, which reduces the impact of spices on your taste buds. The rice eaten during a meal will also cut down the spiciness.

There are vegetarian alternatives to most Thai food recipes. Restaurants serving Thai food dishes may also include a separate vegetarian menu.

Traditional dishes that include fresh vegetables, herbs, spices, and proteins are healthy. Anything cooked with added sugar or deep fried can’t bring you much nutritional value.

How can I find good Thai restaurants near me?

Run a search for Thai restaurants in your area. What is the Thai food menu like in each of the places? With minimal knowledge of the main dishes, you can tell which one is worth visiting.