Home » Blog » What Is The Difference Between Gammon and Ham?

What Is The Difference Between Gammon and Ham? 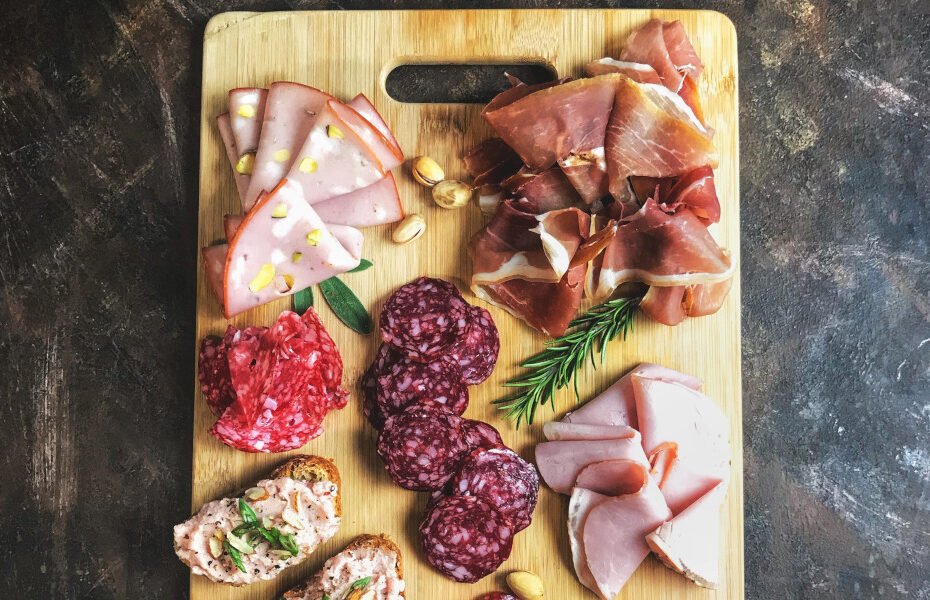 If you’re not meticulous, ham and gammon seem to be the same thing. It is cured pork meat from the hind legs of a pig. Both ham and gammon are very delicious cured meats, but there are a few key differences between these two types of meat.

What is the difference between ham and gammon? Let’s clear it up!

Gammon is cured meat from a hind leg of a pig that is sold raw. You can buy it in a grocery store or from a local butcher, as well as ham. But as it is sold by your local butcher raw, it’s not the type of cured meat that you can eat immediately. It requires cooking first.

Usually, a full gammon joint weighs about 10 kilograms, which is too much for an ordinary family. That’s why it is usually divided into different parts and generally sold just as gammon pieces.

How Does a Gammon Joint Differ from a Bacon Joint?

People make it a habit to call “gammon” any piece of cured pork that is suitable for roasting. On the contrary, this definition refers to the bacon joint. This is the main difference between these two: bacon can be made from any part of pork, while gammon is exceptionally the back leg of a pig whilst bacon.

Although ham is also a cut of dry-cured pork meat, it is sold cooked. Ham is just the back leg, cured and ready-to-eat. There are two types of ham that you can find in the grocery: smoked hams and green hams. The difference between them is that the smoked ham is a bit smoked before selling while the green is not.

Gammon and Ham: What’s the Difference

How to Cook Ham?

As we already know, ham is a dry-cured hind leg of a pig that is cooked from a raw gammon. So all you need for cooking is a gammon, your favorite spices, an oven, a pan, and some foil if you want to keep the meat juicy.

Answering the question “How long to cook a ham?“, it is generally accepted that the ideal time for cooking ham is 20 minutes per every 450 grams of pork. At the same time, you’d better control the process to save the ham from drying out. The direct time may depend on the specific technical features of your oven.

Here’s one of many ways of cooking ham:

Green Shutters Bistro is a family-friendly restaurant that serves delicious food, drinks, and desserts. They offer breakfast, lunch, and dinner every day of the week. Their speciality is oven-baked ham salad sandwiches. This recipe calls for leftover baked ham, but if you’re using raw pork instead, be sure to cook it first before making the sandwich filling (about 15 minutes in the oven at 350 degrees Fahrenheit). Then just assemble your sandwiches and bake them in an oven until they’re hot all the way through (about five minutes). The result will be a warm sandwich that melts cheese into every bite!

Another dish is ham with eggs. The ham is baked in the oven and served with two eggs on top of it. It’s served with toast and potatoes or rice. You can also order a side of bacon with your ham and eggs if you like. Also it is served with a variety of toppings, including green beans and mushrooms, or mashed potatoes with gravy. The ham itself comes from a local butcher, and it’s delicious!

As a gammon is sold raw, it must be cooked before eating. Here are some great recipes to show you that gammon is not only a Christmas dish. Try to cook the one you liked for a birthday party or picnic and enjoy your favorite dish all year round!

This ham is easy to bake, it’s juicy inside and incredibly caramelized outside with a pleasant hint of sweetness because of brown sugar. Melted, tender, and absolutely tasty!

As the meat is languishing in the oven for about 4 hours at low heat, this ham becomes tender and butter-soft. Glazed with pineapple juice, treacle, and allspice, your meat gets a sweet, tropical flavor.

Ham with Honey Mustard and Apples

This is a perfectly baked ham stuffed with apple and made from only six ingredients. The ham becomes extra-sweet and super juicy, with a perfect honey-mustard glaze.

This recipe has a warm taste of Christmas Eve because of the oranges, allspice, and cinnamon that are used in it. Сloves will add the missing spice and make the taste complete. This is the recipe for all times!

If you have some ham leftovers, you can make sandwiches with them, add them to soup or pizza, and make a salad or even a pie.

3 thoughts on “What Is The Difference Between Gammon and Ham?”